When her journey to 99 Clay Vessels: The Muslim Women Storytelling Project began, multimedia artist and educator Alison Kysia had no plans to travel to the United States to tell her story in classes or lead pottery workshops. .

Kysia turned to pottery as a form of personal healing while working with an interfaith organization in 2017.

â€œBecause I’m a Muslim, I was hired to teach about Muslims, Islam and Islamophobia – and yet the executive director and the board had deep-seated ideas about what they thought Muslims should be. I tried to communicate several times that it was inauthentic, â€Kysia said.

â€œThey have become more and more combative, abusive and deeply racist. I was coming home from work and I was really clueless and forced to pick up this clay and start making these pinch pots, â€she added.

She channeled her emotions into the making of the jars to remind herself of her values. It became a therapeutic ritual, she said, as she carved the pots and repeated the 99 names of God in Islam. Repeating the names of God, or any of the names of God, is a common form of an Islamic practice called dhikr or “remembrance.”

As the jars were placed on her shelf, Kysia realized the potential that they were to be a form of healing for others as they were for her. She shared the idea with her friends, who thought she had great potential. A friend, Dr Sabrina N’Diaye, suggested a storytelling project, much like the seminars she organizes in her work as a psychotherapist.

â€œI started to think that there were all these stories of fanaticism that Muslim women have been going through over the past 20 years. I wanted to create spaces for women to unload some of this and stop carrying it themselves, â€Kysia said.

This fall, Kysia hosted a pottery workshop in Duke. The Center for Muslim Life co-sponsored the workshop. The Centre’s Student Development Coordinator, Maryam Arain, helped facilitate the discussion as she made her own clip pots.

Arain said violent hate crimes and the increased surveillance and criminalization of Muslims in the United States are not the only consequences of 9/11 and the war on terror.

â€œThere have been far greater material consequences in places like Yemen, Iraq, Syria, Afghanistan and Pakistan. We must recognize that the ultimate goal of Islamophobia is to dehumanize Muslims to the point that their death becomes irrelevant or justifiable, â€said Arain, a Pakistani descendant.

There is also a gender aspect to the 99 Clay Vessels project.

“We know that Muslim women, especially those who wear a headscarf, experience Islamophobia not only as Muslim subjects but also as gender subjects,” Arain said. â€œIt is important that Muslim women have safe spaces to talk about their experiences of gender and racial oppression without fear that their stories will be used to further oppress their communities. “

At the end of the workshop, Kysia encouraged the students to leave some of their designs for the alternative 9/11 memorial she is working on.

Duke’s freshman Nick Sortisio attended the class as part of the “9/11, Islam, and the Modern Middle East” course at Duke’s Geopolitics and Culture FOCUS cluster.

â€œI was interested in knowing more about the artistic elements of the project. The event certainly presented a new interpretation of September 11 and its aftermath, â€said Sortisio, who was drawn to this particular event because he enjoys ceramics as a hobby.

Vidita Shah, who is also taking the course, agrees.

â€œI really appreciated the different perspective the presentation brought to our discussions on 9/11 and Muslim life in America,â€ she said. 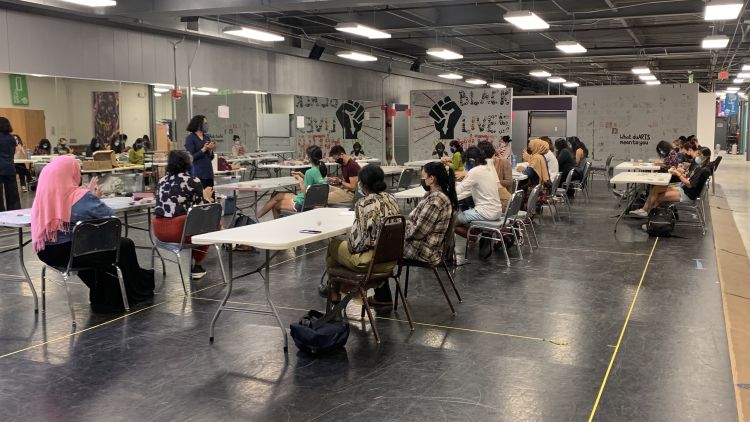 â€œI wanted to know more about his inspiration and his unique artistic work. It opened my eyes to the importance of storytelling and using art as a community building mechanism, â€Jammalupati said.

Kysia envisioned the project to be exactly that, saying she wanted to create community spaces for Muslim women.

â€œIt’s about creating a space for them and letting the space be with whatever they need,â€ Kysia said. â€œIt’s really about giving them the gift of art. All the women who go through the workshop must create a story. 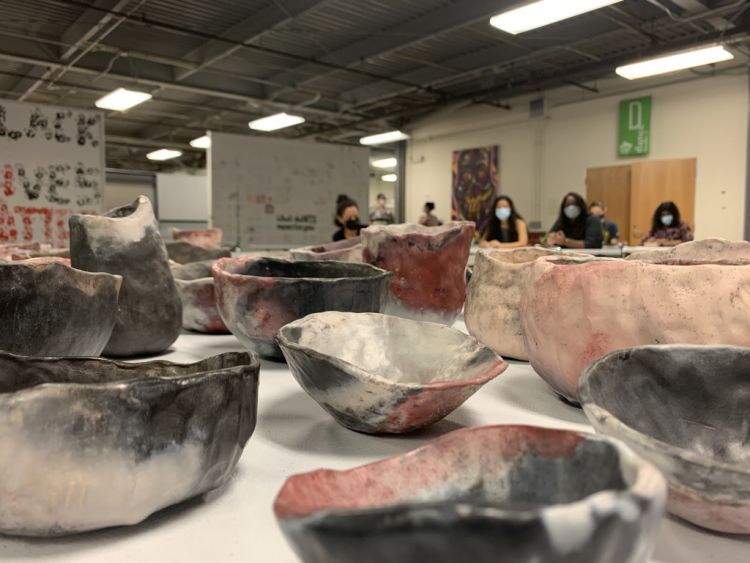