Yin Yufeng in his workshop in the Lingang Special Zone

Dreams have no age limit. A septuagenarian who restarts her life by painting proves that it is never too late to prioritize.

Upon meeting 77-year-old Yin Yufeng in his workshop in Lingang Special Zone, I was quickly infected with his energy and passion. Dressed in bright yellow traditional style clothing and wearing a pearl necklace, Yin is immersed in the creation of an orchid still life on a large wooden table.

â€œI found the plant in an artist’s studio,â€ Yin said. “Since I haven’t painted it before, I just brought it here.”

Along with pumpkins, Hami melons, sunflower seeds, carrots, teapots, pebbles and playing cards, several of his paintings hang on the walls. All of his works are inspired by the everyday things in his life. As the Mid-Autumn Festival just ended when we meet, Yin’s latest work depicts a dragon and phoenix-patterned moon cake.

â€œI paint it before I eat it,â€ Yin said, laughing. “I painted almost everything you see in the studio.” 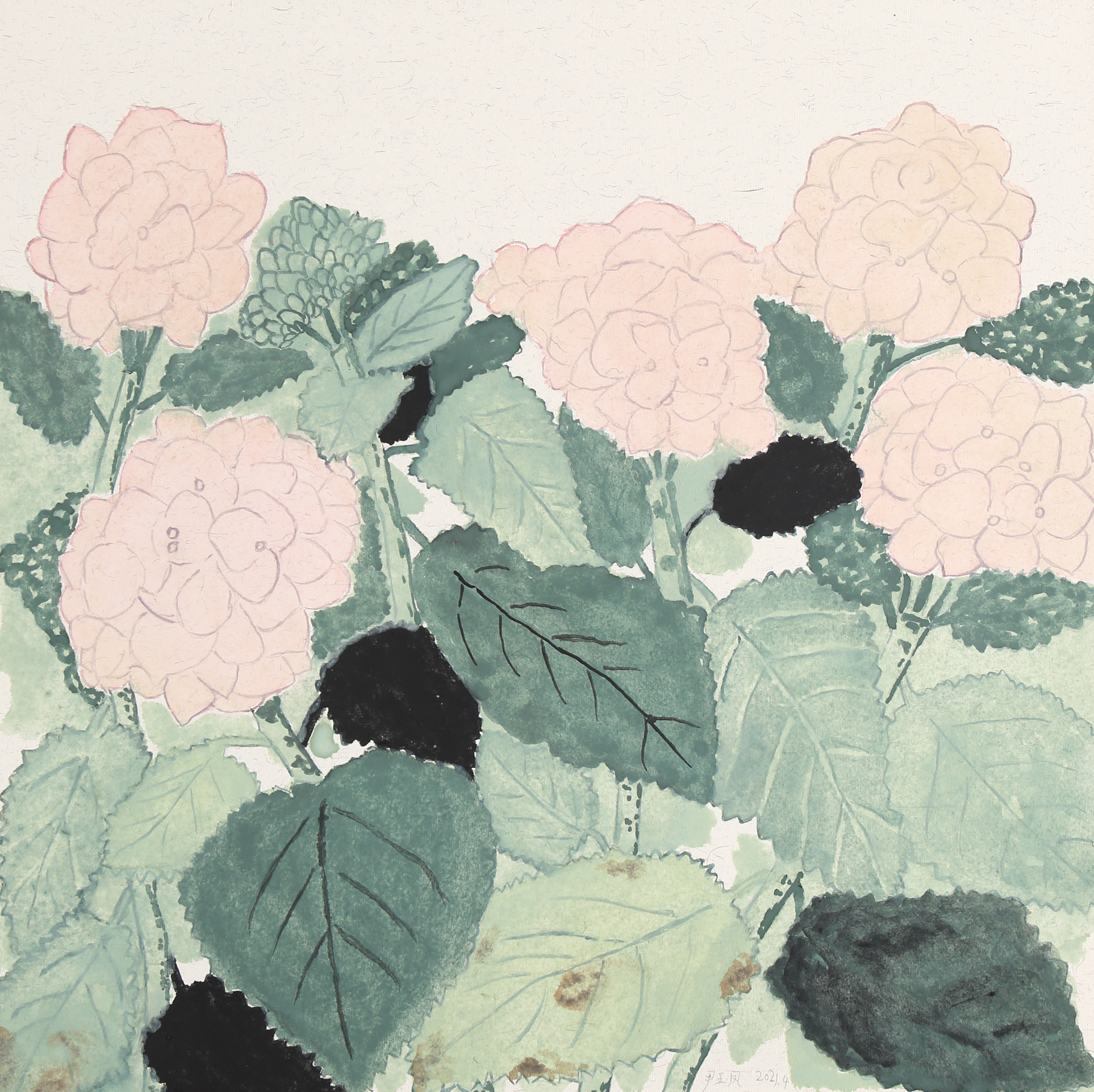 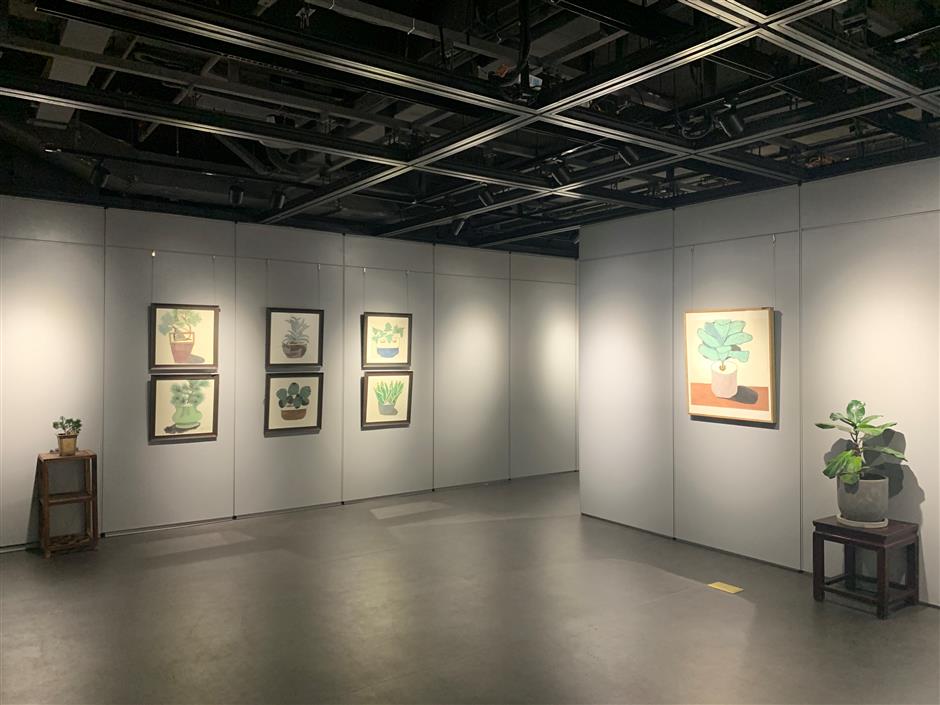 Natural and peaceful, his paintings have a healing power. They allow viewers to feel the beauty of the little things, which we easily overlook in our daily lives. Last year, she was invited to organize a painting exhibition at the Xuhui Art Museum. To the surprise of many people, Yin only started to take an interest in art three years ago.

Born into a notable family in Shanmen City, Hunan Province, she spent her childhood in the turmoil of civil war. His father was assigned to the Xinjiang Uyghur Autonomous Region as a college teacher, and Yin and his mother followed him to the land of rugged mountains and vast desert basins.

â€œThe green lawn and the camphor tree in front of our house in Hunan have always been anchored in my childhood memories,â€ Yin said.

Symbol of prosperity and freshness, green is Yin’s favorite color, which she frequently uses in her paintings. She remembers wearing a green tweed coat on her wedding day in 1963.

Yin and her husband – who was a driver – worked for the same company. At the time, she was working as an electric welder. Without proper eye protection, the flash from welding equipment eventually impaired his vision. However, that didn’t stop her from embracing the colors.

Invited by her daughters, she moved from Xinjiang to Shanghai in 2017 after her husband died. Every part of Yin’s day and routine changed after losing her partner, which had a huge impact on her health. In fact, she almost died of a heart attack twice.

â€œA person should have a reason for living,â€ she said. â€œBefore, my family needed me, then my husband needed me. However, I never thought about what I needed until my 7 year old granddaughter Azi asked me to learn painting. “ 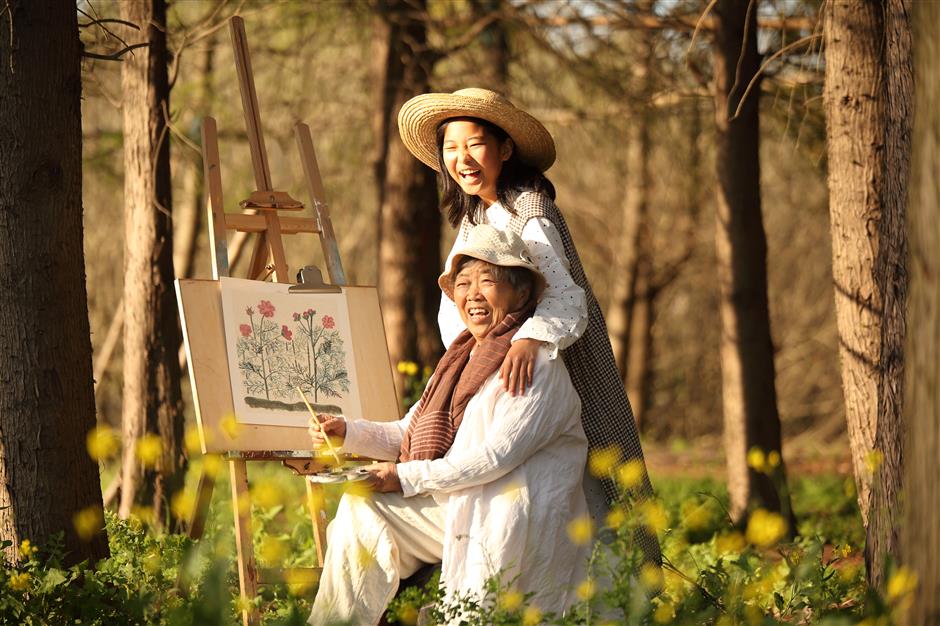 Yin and his granddaughter Azi

Calling Azi her teacher, Yin picked up a brush for the first time on July 28, 2018, the second anniversary of her husband’s death. His very first painting shows two small flowers picked by Azi.

â€œAzi said to me, ‘Granny, let’s paint. If you don’t paint the flowers, they will wilt soon,â€ Yin said. “I started learning watercolor painting just because I wanted to please my granddaughter.”

At first, Yin didn’t know how to hold a brush or how much water to add to the pigments. The first month she lacks persistence and sometimes becomes so discouraged that she tears her drawing paper.

After adjusting her attitude for a month, she picked up her brush again. She wakes up at 5 a.m. After praying for her husband, having breakfast, and going for a walk, Yin spends most of her day painting.

â€œMy personality is stubborn and competitive, and I often argued with my husband and daughters over many minor issues in the past,â€ Yin said.

â€œHowever, after painting, my temper has been tamed simply because I am too busy to care about other things. Meanwhile, as a student, I have to be humble. Otherwise, my teacher Azi won’t let me know. will not teach. “ 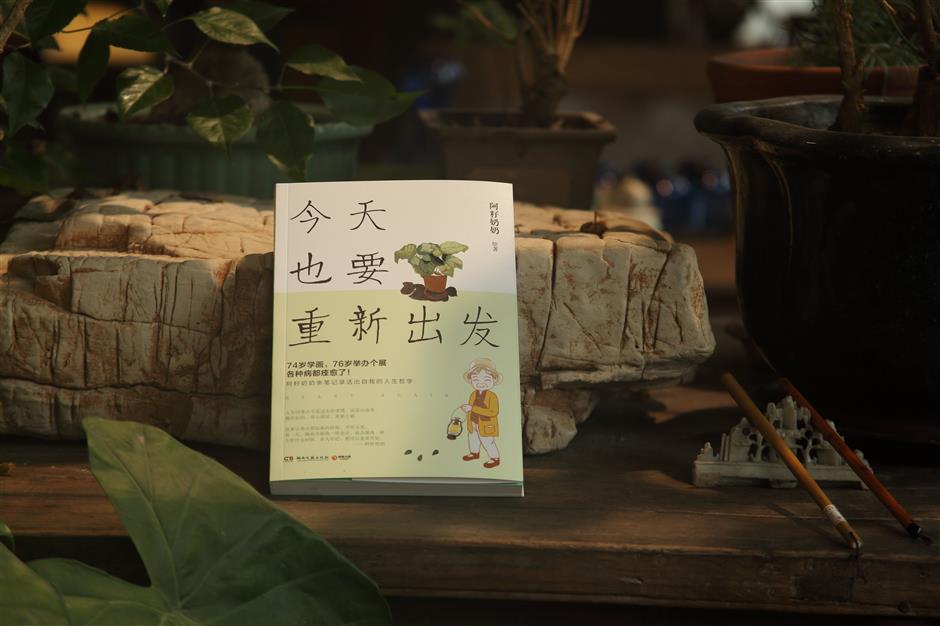 Yin fully engaged, the painting bringing her into the present moment and making her forget the pain of losing her husband and his illnesses. In the flow of painting, it’s hard to dwell on so much trouble.

I ask Yin which job is the most satisfying, and she confidently replies that every job is enjoyable. The optimistic grandmother also tells me that she thinks she started painting better than her granddaughter after a month of practice. For Yin, his improved painting skills are secondary to the joy that art brings him.

â€œPainting gives me a window to the world,â€ she said. â€œThrough the window I find a lot of pleasure in the things that I have missed before, and more importantly, I found myself. When I die, I will tell my husband in heaven that I am able to paint. guess he will be shocked beyond belief. “